One Percent Takers — What is Liberalism?

The definition of “liberalism” has changed continually throughout history, and even today it means different things to different people. One of the more fundamental definitions is that liberalism is openness to progress and change. By contrast, conservatism attempts to conserve the traditions and received truths of the past. Liberalism has also been defined as generosity, tolerance, open-mindedness and willingness to give. 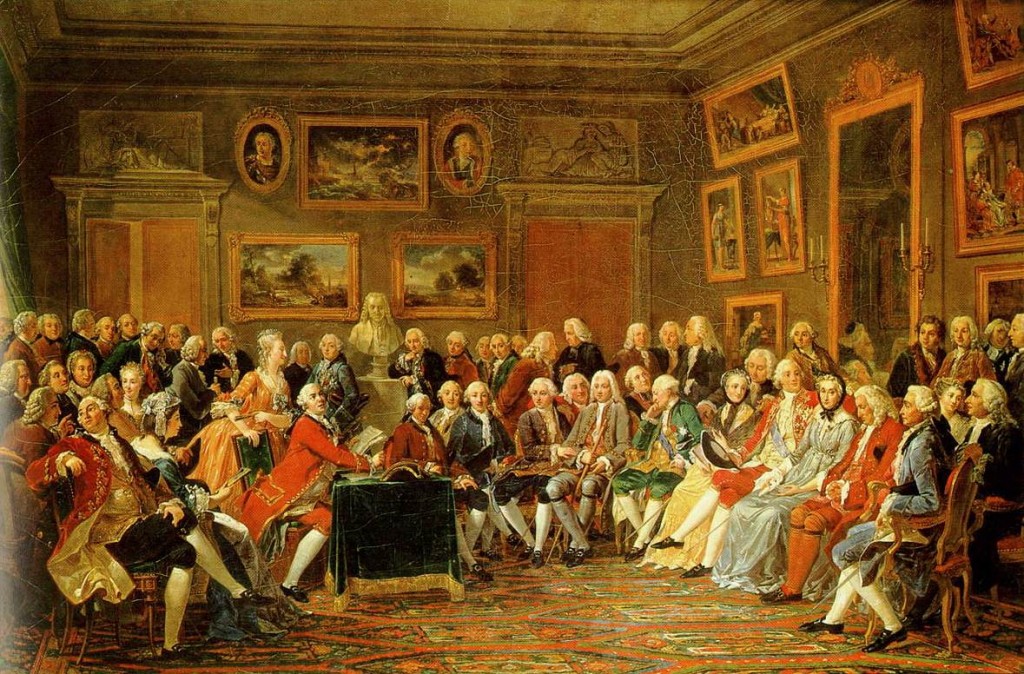 In the 18th century, liberals and libertarians were one and the same: both championed free markets, individual liberty and a greatly reduced role for government and aristocracy. This has led to one definition of liberalism: that liberals oppose political absolutism in all its forms, be they monarchist, feudal, military, clerical or communitarian. However, there is considerable difference of opinion on how to run a decentralized society. Today, liberals generally believe in a large and free private sector that is generously defined, defended, and promoted by the public sector. In other words, a balance between individual and group behavior.

For example, consider the free market: liberals believe that individuals should be free to do whatever they please in the market, within the law. The law is determined by democratic government, and not only prohibits simple crimes like theft and murder, but commercial crimes like fraud, copyright infringement, insider trading, breach of contract, price gouging, etc. Without these laws, the market would function either poorly or not at all. For instance, if we did not have copyright laws discouraging people from pirating software, computer programmers could not even make a profit, and would have no incentive to produce.

Yet another function of government is to defend the free market — for example, with police and military forces.

Yet a third function of government is to promote the free market. A dramatic example is Eisenhower’s Federal Aid Highway Act of 1956, which authorized the creation of over 40,000 miles of interstate highway. These highways interconnected, accelerated and expanded the U.S. economy, with profound results. They allowed the middle class to migrate from the cities to the suburbs, with an enormous increase in privacy and quality of life. Highways are but one example of how publicly funded infrastructure has increased commerce — others include railroads, canals, satellite communications, and even the Internet. (The net began as a project funded by the Pentagon and public universities.) Much of this infrastructure was too huge and expensive to be funded by private companies, and languished undeveloped until the public sector stepped in. What distinguishes liberals from other political parties is that liberals advocate a greater degree of government support, defense and promotion of the free market.

How does liberalism differ from socialism?

There are important and fundamental differences between socialism and liberalism. When critics attempt to slander liberals by calling them “socialists,” liberals should immediately challenge them to define the difference between liberalism and socialism. If they cannot, or continue to claim that they are the same, liberals should then chide them for being novices in political science, unable to define even the most basic terms of the debate.

Socialism means that workers, not private owners, would own and control the means of production: factories, farmland, machinery, and so on. In democratic elections, workers would vote for 1) their supervisors, 2) their representatives to a local and national council of their industry or service, and 3) their representatives to a central congress representing all the industries and services. Socialism has been proposed in many forms, ranging from republics to direct democracies, from centralized state bureaucracies to free market anarchy. Political scientists do not view the “socialism” nominally practiced by the Soviet Union as true socialism — this was, essentially, a dictatorship over workers by a ruling elite.

By comparison, liberals believe that private owners should own and control the means of production, formulate company policy, and have the right to select their own management team. Liberals would prevent them from abusing their powers through checks and balances like strong labor unions and democratic government.

How does liberalism differ from the Green Party?

Liberals agree with the Green Party on many important issues, such as environmental protection, cultural diversity and social tolerance. However, they disagree strongly on the fundamental issue of political organization. Greens generally believe in anarcho-socialism. This system would abolish centralized government and give power to local democratic communities, who would then vote for any type of local economic or social system they desire (be it socialism, capitalism or anything in-between). Liberals are opposed to this form of leftist anarchism; they believe that social organization must occur on a much larger scale to realize its full benefits, and this calls for central government.

How does liberalism differ from libertarianism?

Libertarians believe in little or no government, with individuals possessing strong or even sovereign property rights, along with the freedom to trade property as they wish on the free market. By contrast, liberals promote extensive government support of the free market and the taxation of property. Yet these are not the only reasons why liberals object to libertarianism. First, anarchy has historically led to violence, survival of the fittest, and eventual concentrations of power. Second, there are no working examples of libertarianism in history, so the system remains untested in modern times, and probably for good reason. Third, such a system would make landlords and business owners the dictators over their property, upon which tenants must live and workers must labor. Fourth, the voluntary contracts that would supposedly protect tenants and workers presupposes that there is no such thing as market failure or contract failure, in face of widespread evidence that there is.

How does liberalism differ from conservatism?

Liberals and conservatives generally share the same political principles, differing only on their degree. For example, both believe in a public and private sector, but liberals call for a larger government, conservatives a smaller one.