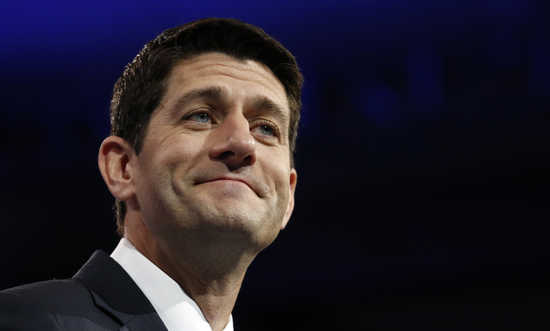 On Tuesday (April 1, 2014), House Budget Committee Chairman Paul Ryan (R-Wis.) unveiled the House Republican budget resolution, which contains the same misguided and destructive budget priorities that drew widespread criticism last year. EPI Senior Policy Analyst Ethan Pollack examined Ryan’s budget resolution and found that, much like the budget he proposed last year, this one burdens seniors, the disabled, and children — while cutting taxes for the rich. “Tax cuts for people who don’t need them and economic insecurity for everyone else is grossly irresponsible budget and economic policy,” wrote Pollack.

Ryan’s plan would cut taxes by roughly $4.6 trillion, with most of the tax cuts benefiting those earning more than $200,000. His proposed cuts to Medicare, Medicaid, and food assistance would fall heavily on seniors, the disabled, and children. Ryan’s budget is doubly bad for children because his proposed cuts to public investments (mostly infrastructure and education) would leave our nation’s young people with crumbling roads and bridges — and would cause them to enter the labor market with fewer skills.

Media outlets, including The Nation and Media Matters for America, have also noted the budget plan’s misguided priorities.

The Nation’s Sasha Abramsky re-examined last year’s People’s Budget, which the Congressional Progressive Caucus developed with assistance from EPI. Abramsky noted that while many lawmakers were consumed with slashing deficits, the People’s Budget focused on stimulating job growth and investing in public infrastructure, education, renewable energy, and transportation.

Referring to the People’s Budget, Abramsky wrote, “According to the Economic Policy Institute, the budget would have significantly boosted employment and economic growth while paving the way to a budget surplus by 2021.”