One Percent Takers — The People’s Budget 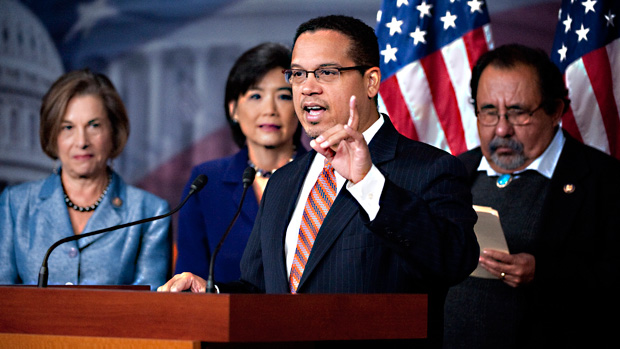 Budget of the Congressional Progressive Caucus

Our Budget Eliminates the Deficit and Raises a $31 Billion Surplus In Ten Years
Our budget protects Social Security, Medicare and Medicaid and responsibly eliminates the deficit by targeting its main drivers: the Bush Tax Cuts, the wars overseas, and the causes and effects of the recent recession.

Our Budget Puts America Back to Work & Restores America’s Competitiveness
• Trains teachers and restores schools; rebuilds roads and bridges and ensures that users help pay for them
• Invests in job creation, clean energy and broadband infrastructure, housing and R&D programs

Support for the People’s Budget

“Does two things far better than the antigovernment budget passed by the House: it takes care of older Americans and others who need help; and much more than the House plan, or the Simpson-Bowles plan, it invests a lot our tax money to get America back in the future business”

“achieves this without dismantling the legacy of the New Deal”

“if you want a serious effort to balance the budget, here it is.”

“A bolt of hope…humane, responsible, and most of all sensible”

“Mr Ryan’s plan adds (by its own claims) $6 trillion to the national debt over the next decade, but promises to balance the budget by sometime in the 2030s by cutting programmes for the poor and the elderly. The Progressive Caucus’s plan would (by its own claims) balance the budget by 2021 by cutting defence spending and raising taxes, mainly on rich people.”

“…something that’s gotten far too little attention in this debate. The most fiscally responsible plan seems to be neither the Republicans’ nor the president’s. It’s the Congressional Progressive Caucus plan…”

National budget policy should adequately fund up-front job creation, invest in long-term economic growth, reform the tax code, and put the debt on a sustainable path while protecting the economic security of low-income Americans and growing the middle class. The proposal by the Congressional Progressive caucus achieves all of these goals.”