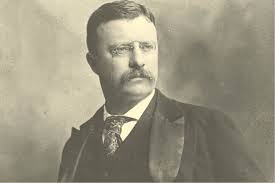 “There can be no real political democracy unless there is something approaching an economic democracy.”
—Theodore Roosevelt
26th President of the United States

“No man should receive a dollar unless that dollar has been fairly earned, not gambling in stocks, but service rendered. The really big fortune, by the mere fact of its size acquires qualities which differentiate it in kind as well as in degree from what is possessed by men of relatively small means. Therefore, I believe in a graduated income tax on big fortunes, and a graduated inheritance tax on big fortunes, properly safeguarded against evasion and increasing rapidly in amount with the size of the estate.”
—Theodore Roosevelt
26th President of the United States