One Percent Takers — What Do the Libertarian Kochs Want?

What Do the Libertarian Kochs Want?

As a result of the disastrous Citizens United Supreme Court decision, billionaires and large corporations can now spend an unlimited amount of money to influence the political process.

Perhaps, the biggest winners of Citizens United are Charles and David Koch, owners of the second-largest privately run business in America, Koch Industries.

Among other things, the Koch brothers own oil refineries in Texas, Alaska, and Minnesota and control some 4,000 miles of pipeline. 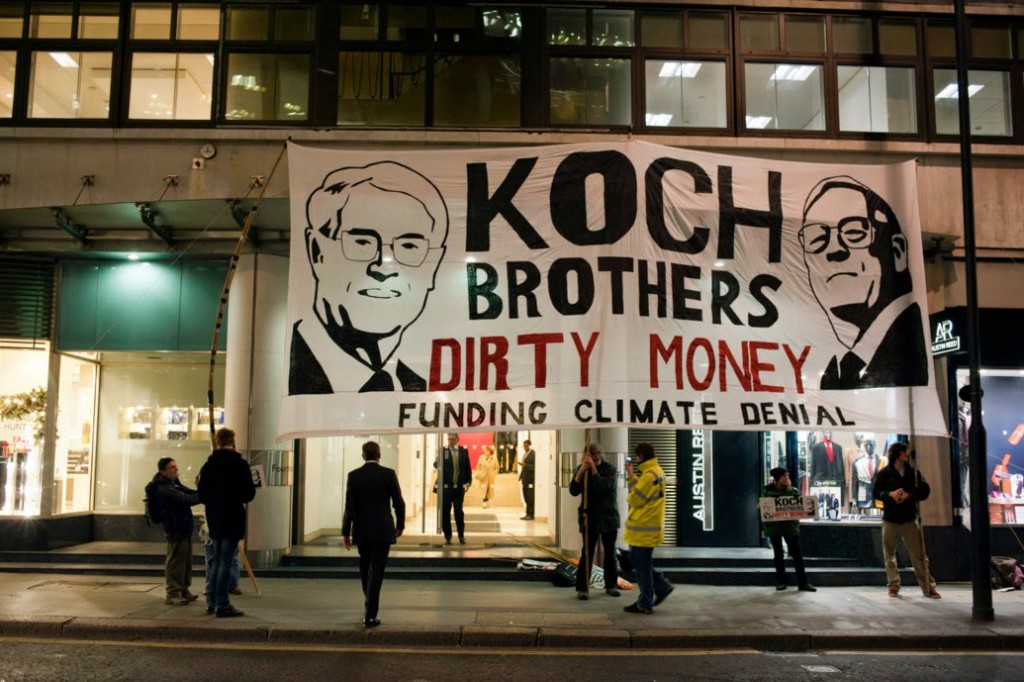 According to Forbes Magazine, the Koch brothers are now worth $80 billion, and have increased their wealth by $12 billion since last year alone.

It is well known that the Koch brothers have provided the major source of funding to the Tea Party and want to repeal the Affordable Care Act.

What else do the Koch brothers want?

In 1980, David Koch ran as the Libertarian Party’s vice-presidential candidate in 1980.

Let’s take a look at the 1980 Libertarian Party platform.

Here are just a few excerpts of the Libertarian Party platform that David Koch ran on in 1980:

It is clear that the Koch brothers and other right wing billionaires are calling the shots and are pulling the strings of the Republican Party.

And because of the disastrous Citizens United Supreme Court decision, they now have the power to spend an unlimited amount of money to buy the House of Representatives, the Senate, and the next President of the United States.

If they are allowed to hijack the American political process to defund Obamacare they will be back for more.

Tomorrow it will be Social Security, ending Medicare as we know it, repealing the minimum wage.  It seems to me that the Koch brothers will not be content until they get everything they believe they are entitled to.

Our great nation can no longer be hijacked by right-wing billionaires like the Koch brothers.